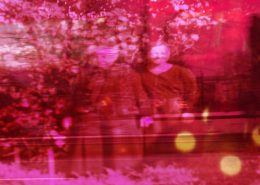 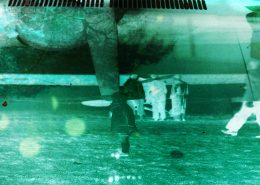 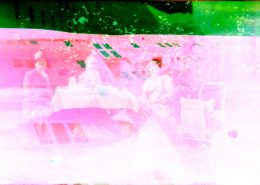 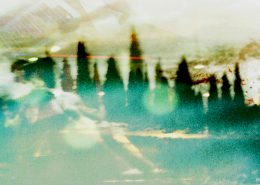 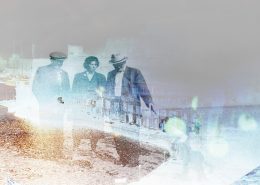 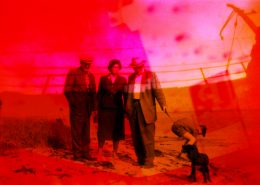 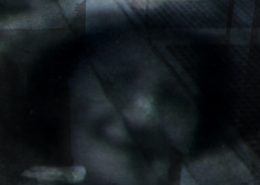 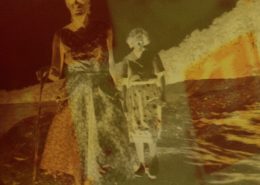 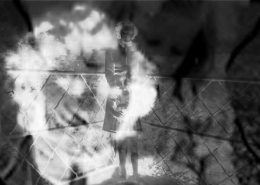 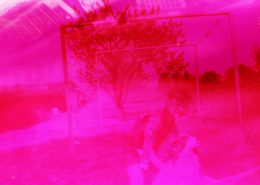 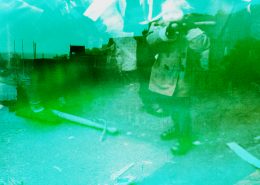 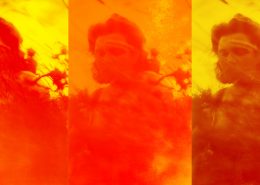 Back in the 90s I worked on  ”sampling” pictures in my computer, or I used the computer’s ”sampling possibilities” in order to work in layers starting out from a photograph-based material.

Wondering that people had got rid of the family history, I bought up old photo albums in flea markets and antique shops. Were there people for whom that history no longer meant anything? People who didn’t want to acknowledge that version of their history? People who could not reconcile themselves to the life that had been lived and the roles the persons in question had had? People whose lives had taken a very different turn. People who had had a turning point in life.

I imagine that it will be interesting to continue working with this type of picture in relation to a hospital or a place where people remain for a long time because the pictures have that suggestive memory-evoking effect.

People at a hospital /sanatorium/ old people’s home are bound physically to the place, but will be able to become aware of and travel in their own inner wealth of pictures.

I imagine the work as an interactive wall surface consisting of a certain number of pictures projected from the floor to the ceiling by a special projector system which makes it possible to project from close up and at an angle. Combined with a number of spotlights these will create suggestive, coloured rooms / corridors in the building.

The projectors and spotlights will be controlled via a central computer in such a way that over time the pictures will slowly change into other pictures and other colours via the activities taking place in the building. In a way the work will reflect the respiration of the building …

The pictures will be photographs that have been sampled and coloured via the computer. The point of departure wil be archetypical family pictures that feel familiar and open up a possible space that viewers can themselves fill with their own material.