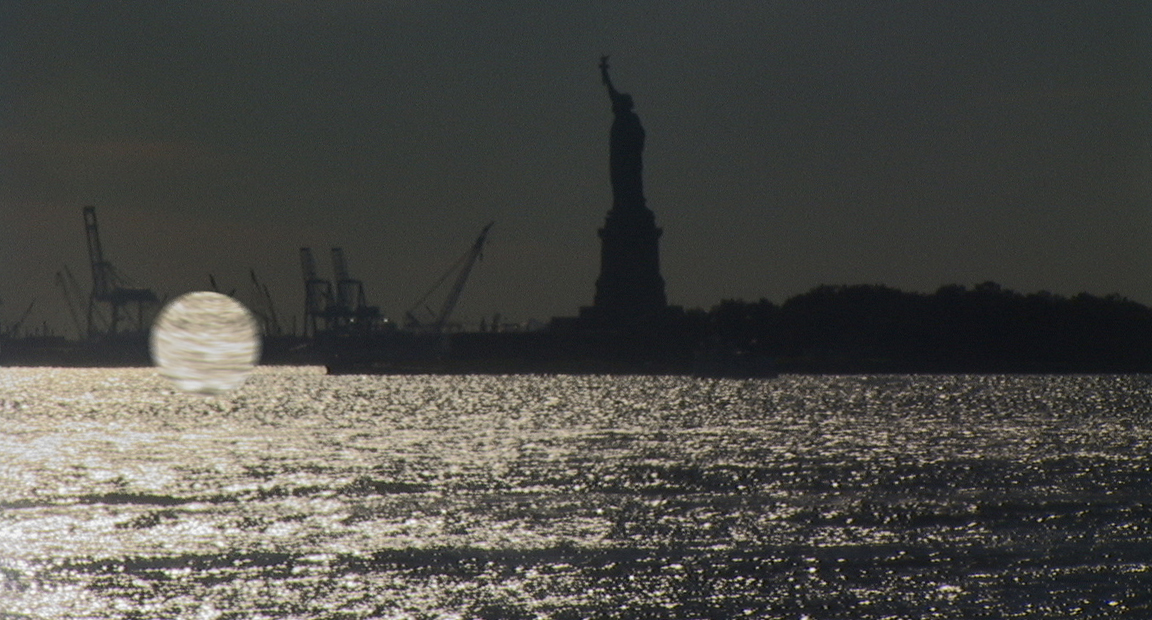 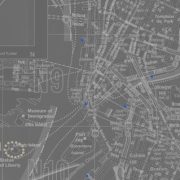 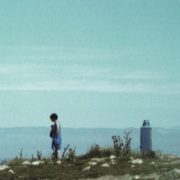 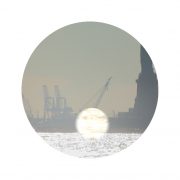 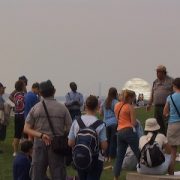 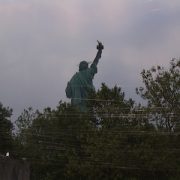 New York is the meeting-place for a huge mass of talent – all hoping ’to make it big’ and preferably ‘my way’. I have therefore chosen to present ’happiness’ in visual terms as a mental image that we carry around with us and associate with New York and America. This in the form of a shining sphere, a magical vision, a mirage.

The materialisation / the phenomenon:

A shining ’bubble of happiness’ will be set to orbit around the Statue of Liberty. The sphere may be seen in many ways – as flickering light, a phosphorescence, a kind of amulet denoting visualised happiness.

The sphere will be 9-10 meters in diameter and made of a material that can reflect a video projection, e.g. glass with a blue video-projection filter inside. (Video-projection glass is a new material that is being used in the Danish State Radio’s new concert hall with a view to showing films. I shall look into whether it is realistic in the size and form described above or whether one could use pale, milky-white transparent glass with a round constructed LTD video screen inside.)

The sphere will orbit in slow motion at a distance of 50-70 meters around Liberty Island, with the help of a computerised control system.

The sphere will be visible from Manhattan by night, but hopefully also by day. (The LTD screens in Times Square shine even in the middle of the day.) From Liberty Island it will be possible to experience the sphere at fairly close quarters.

The video will show appropriations/samplings of selected moments of happiness from the treasure of American Cinema. The film sequences will be collated into a suggestive abstraction containing both sparkling glimpses and movements in slow motion.  The soundtrack will be created in collaboration with the composer Lennart Ginman. Research has shown that particularly light sounds can have a corresponding effect on the mind. It is for this reason that such tones have been chosen for the soundtrack.

There are Internet channels that one can rent time on. And it will also be possible to conclude agreements with various TV and radio stations on transmission from the sphere. The soundtrack will be transmitted on a radio channel that covers New York. Possibly a digital radio station on the Internet.

Concealed loudspeakers, from which a voice will be heard whispering about personal concerns with identity and happiness, will be placed at selected spots on Liberty Island. (I plan to continue working on my own text ’The Pathfinder’s Route x’ on identity as a phenomenon together with a writer, for example Siri Hustvedt, who is resident in New York.)

’Viewing posts’ will be set up at strategic places on Manhattan, e.g. in Battery Park. Here fixed telescopes will be aimed at the Statue of Liberty, while the whispering voice will be heard from concealed loudspeakers. Both here and on Liberty Island the whispering voices and the orbit of the sphere around Liberty Island will be coordinated in such a way that a statement concerning the fragile happiness that may unexpectedly arrive takes place just before the sphere sails into the observer’s field of vision.

I wish to create a remarkable ’image’, one that addresses New York’s colossal architecture and renders in visual form the mental space, we associate with that city – the American dream, the dream of happiness, the dream of the miraculous chance. I wish to do this through a visualisation of happiness – a radiant shape orbiting the Statue of Liberty.

I hope that the work will leave its mark in the form of a discourse on the ’artificial’ versus the ’real’. Can we expect others to have the same dream as we do? Or is it just a mirage?