Three Proposals for perspectivising the Tøjhus Museum in a modern context, 2005

With history behind us and the world’s frontlines drawn up before us, just like that! That is the field in which we shall have to navigate in the 21st century. How far does war go? And where does it begin within us? And are there alternatives?

Three ideas for installations at the Tøjhus Museum. 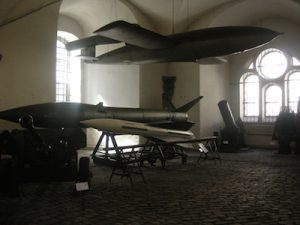 A TV screen will be set up for each pillar in the Canon Galley with direct transmission from selected fronts around the world, for instance from Afghanistan, Pakistan Iraq and the Copenhagen Metro. In this way the viewer will be placed in between the old canons and other weapons and the spectacle of “the new history writing” via the screens. 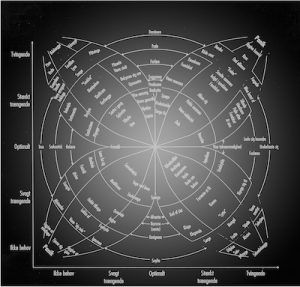 Two interactive and connected game boards will be installed on the second floor of the Tøjhus Museum. The squares will be in a variety of colours and designs. The game can be played by two players at a time. The interactive boards will be activated by the player treading on a square with, for instance, the text “start up” or “show care”, “seduce”, “lie”, “pry”, “humiliate”, and so on. The second player will react in response on the other board. The game is conceived as a psychological exploration of relations and reactions and challenges the players to discover when the “war” can begin or be avoided in the individual player. The players’ faces will be filmed along the way and via a special programme the computer will come up with suggestions as to what emotional state the players are in, e.g. “surprised”, “happy”, “sad”, “angry” and so on. The data will be shown on a large screen. 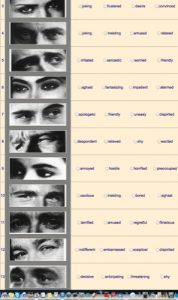 Installation C – Reading the Mind in the Eye

By the Tøjhus Museum’s “image of the enemy heads” there will be a computer monitor on which “Reading the Mind in the Eye” can be used by visitors. ”Reading the Mind in the Eye” is a test of the ability to read and identify what emotional state the eyes are expressing, e.g. jocular, insistent, sad, bad-tempered, relaxed, etc. The monitor and the “image of the enemy” sculpture will be placed side by side at eye level. 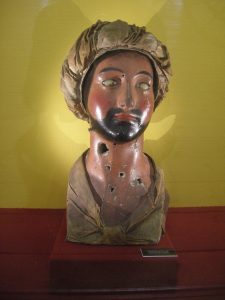 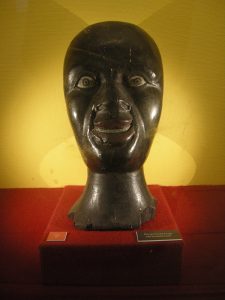