Right at the bottom we see some of the workers who were involved in the shipyard’s production. At ground level we see ship designers at work in the drawing office. In one of the picture layers a great crane figures as a through-going symbol from the ground floor to the third floor. The crane reaches right up to the top floor, where a sign painter is standing on a ladder painting the name of the shipyard. 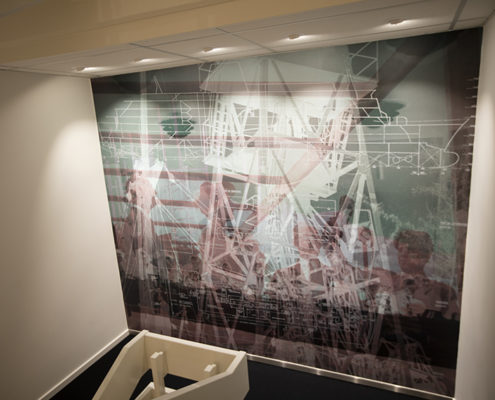 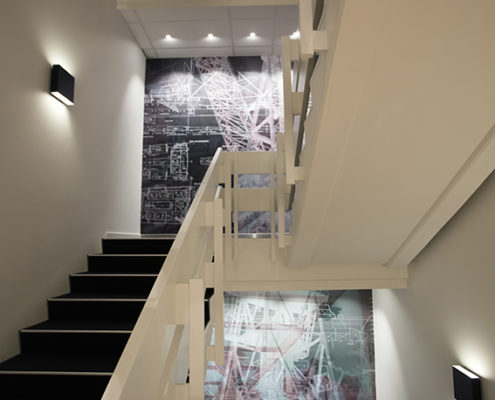 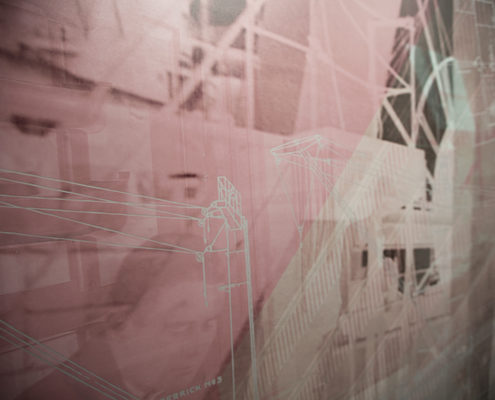 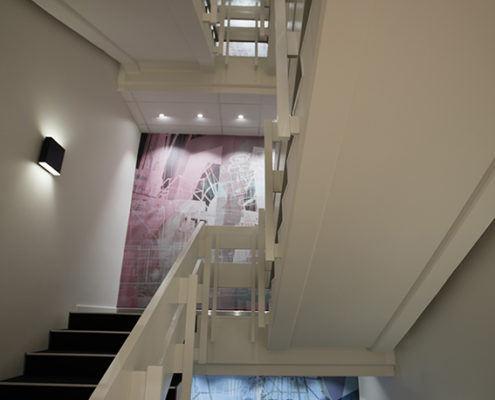 Print on alluminium each size 210x140cm for the Reception at Ejendomselskabet Gasværksvej 24 Aps.