Combination of sound transmission and sight use of public multimedia.

My intention is to create an art installation involving all aspects of public media through the means of sight and sound.

“Go West young man ,  feast on milk and honey. You’ve reached the worlds end. Let  the weightlessness of the West bridge the distance between”  The intention of this art instillation is to provide an interpretive concept of what Los Angeles is. My goal is to express the intangible notion with tangible imagery.

For me this would come in many forms.

Radio sound waves will be the definitive expression as you’re driving  the freeway at certain cross points.   Human voices  will be layered with ethereal inaudible sounds which will serve to  awaken the driving audience. Questions being asked will open the minds of the unsuspecting participants as they experience the power of this interpretive art installation. There will be personal themes as well as infra structural ones of Los Angeles ie: How did you get here? Which path did you follow? Did it get you to where you want to be?

Visually I see a “Leading Star” for Los Angeles placed West , high above the water.  A red star, symbolizing a beacon. Seen as a heart beating  calling to those who seek. An ethereal control tower.   This could be achieved by creating a mock satellite or a floating light house.

Multimedia would once again play up to the unsuspecting audience. The sounds heard on the radio would tie in  with the use of commercials in the way of  10  segments in a 30 second time slot.  Presented would be the infrastructure of Los Angeles  in the way of reverse negative maps against a bright red background . The imagery will encompass the dichotomy of the city.  Freeway maps in tact  . Vanishing freeway lines pulsating from destruction to structure. Incorporated in the visuals will be more questions asked with a thread of audible and inaudible voices .  At the end of each spot the last image will be the web site address  WWW.DISTANCEBETWEEN.INFO. Vibrant red billboards with the web address, in very strategic places with the address  would add to the impact of the installation. The use of Los Angeles Magazine housing the installation  would also have great impact.

The Star icon will  guide the participant through an interactive journey through Los Angeles. Through the use of a web cam on top of the satellite the ever changing city can be viewed day or night with no one specific in view. This once again symbolizes the lack of boarders that outlines the flow of this city. There is ,however; the constant movement  that stretches beyond boundaries in it’s pulsating attempt to find it’s identity.   All prior visuals and sound will lead up to the participants final experience of “You Are Here” as an attempt to broaden the daily experiences of the people of Los Angeles. Included on the site will be a link surrounding the creation of the project with documentation through visuals and sound bites. 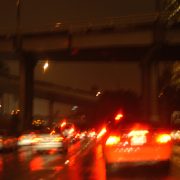 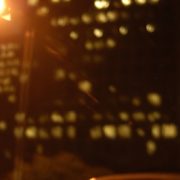 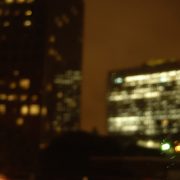 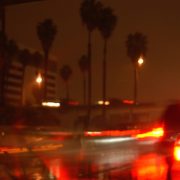 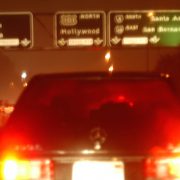 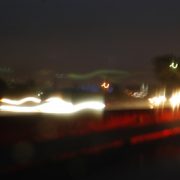 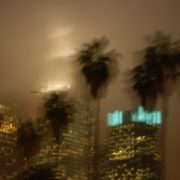 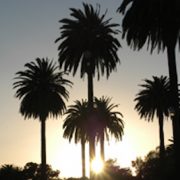 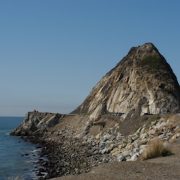